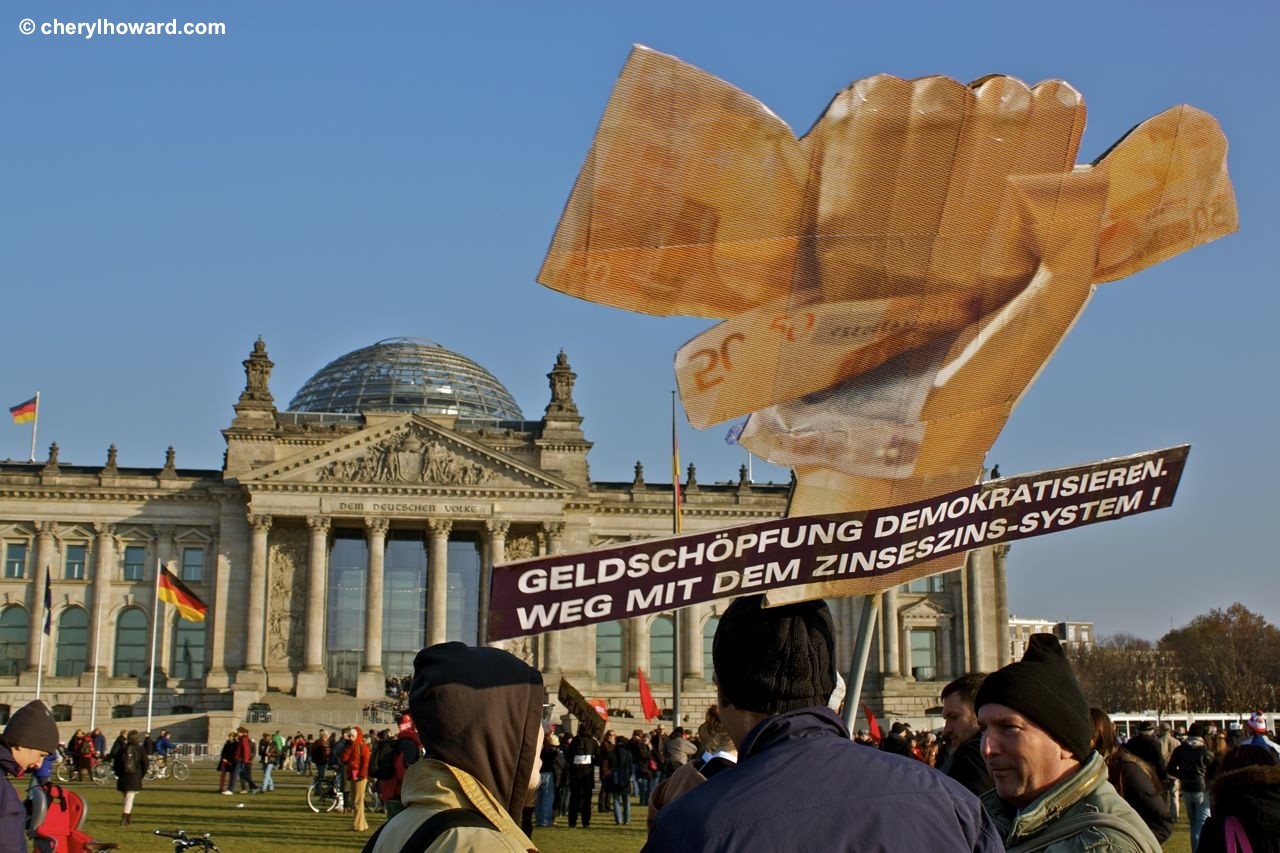 I’ve been living in Berlin for the better part of a decade now, and one memory that still stands strong, is attending the Occupy Berlin protest in 2012. As we’re trying to claw our way out of the pandemic and people like Besos and Musk have only gotten more wealthy at the expense of others, there seems an urgent need for the Occupy movement to come back.

The Occupy Berlin protest saw over 8000 people come together (and 10,000 more in Frankfurt) to protest social and economic inequality. The occupy movement began in July 2011 and quickly spread all around the world. People started by camping out on Wall Street in New York with the hopes of bringing about positive change.

Joined by my friend Adam, we set about to observe the local Berlin protest in action. As we approached the crowd, we saw the human chain they forged around Germany’s parliament building. The chain was then broken and the crowd briefly gathered on the lawn.

What did we see? Happy, smiling people playing musical instruments and carrying signs with various messages.

We were then directed by men using loud speakers to proceed to Brandenberger Tor. Once there, many enthusiastic speeches were given took place. Sadly, as I was so new here and my German so poor that I was unable to understand what was being said. I can’t imagine myself having disagreed with much, as we were all there for the same reason.

It’s a bit depressing now to think that no progress has been made to address wealth inequality at all. The über rich continue to not pay taxes, buy mega yachts, fly their phallic shaped rockets into space, all the while failing to pay their workers decent wages or firing those who try to start a union. The pandemic only further exposed how unjust our world is, but 18 months in, the wealthy have only gotten richer while the average person continues to suffer.

Protests like these are obviously not enough to make to effect any meaningful change and to be honest, are usually reserved for privileged white people who want show solidarity with a movement but rarely take any concrete action. However, large gatherings (following all possible social distancing and hygiene guidelines of course), would bring attention to the issue and perhaps trigger something more substantial.

While the photos from this protest are now dated, I’m leaving them here to capture a memory of an important time and place. A sort of documentation of our inaction, if you will.

What do you think about the Occupy Berlin protest? Are you angry that nothing has changed and it’s only gotten worse? What should we do about it?

1) If you need somewhere to stay when you’re visiting Berlin, look no further than here:

2) Make your time in Berlin special and take a guided tour:

3) Digging Berlin as much as the readers of this blog do? Check out these posts for more ideas about what to do in Berlin: