It was “winter” in Puglia. A warm, bright, sunny afternoon which required nothing more than a light jacket and a pair of sunglasses. No hats, scarves, gloves, boots or down-filled coats were needed. It was the antithesis of Toronto, which was gripped in yet another chilling polar vortex. 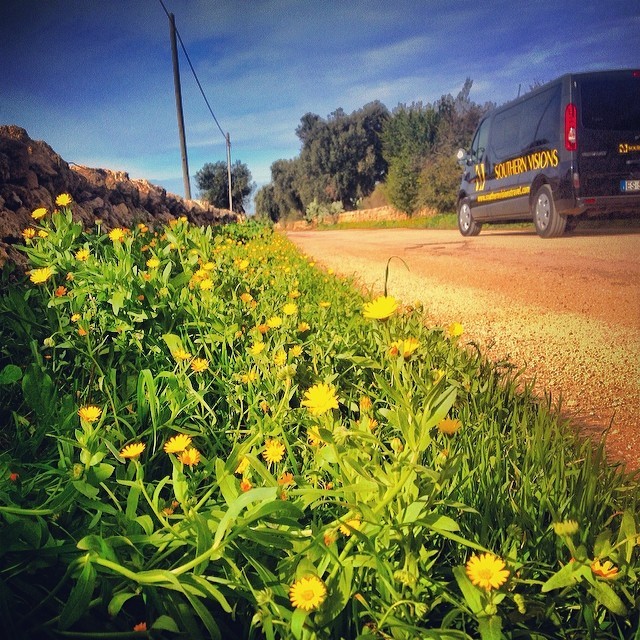 Driving through a rural area, we stopped to take a look at a typical farm in the Puglian countryside. Olive trees dotted the landscape, complemented by low-lying vegetables whose appetizing, fresh scent filled the air we breathed. The farms were surrounded by low stone walls that had been there for centuries. It was quiet, no one was around except for a handful of workers tending their crops. 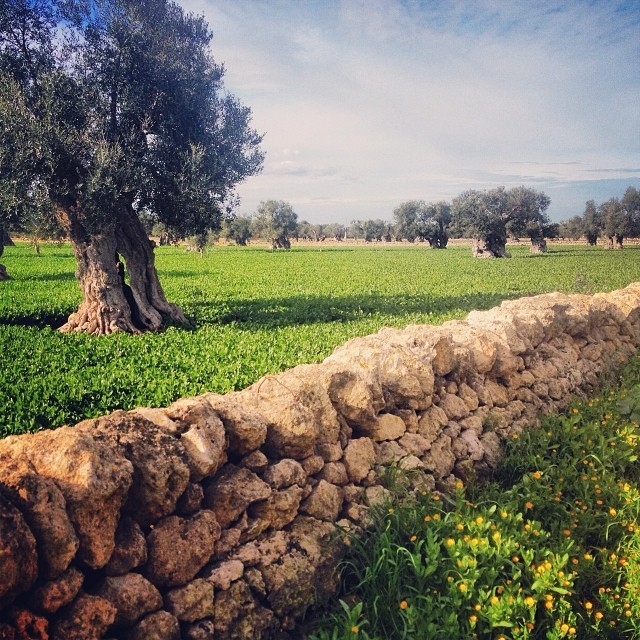 It was perfect. An ideal image for a postcard or a movie set. This was the Italy everyone dreams of seeing, the one that everyone pictures. This was when I began to understand Puglia, to experience “that Puglia feeling” as I’ve come to call it.

In that moment, I had a rush of emotions. Happiness to be in that place, at that time. Re-emerging affection for the country that I’ve visited more than any other in the world. Melancholy, as my trip suddenly seemed too short and I didn’t want to ever leave. Excitement at discovering a new region I’d never visited. 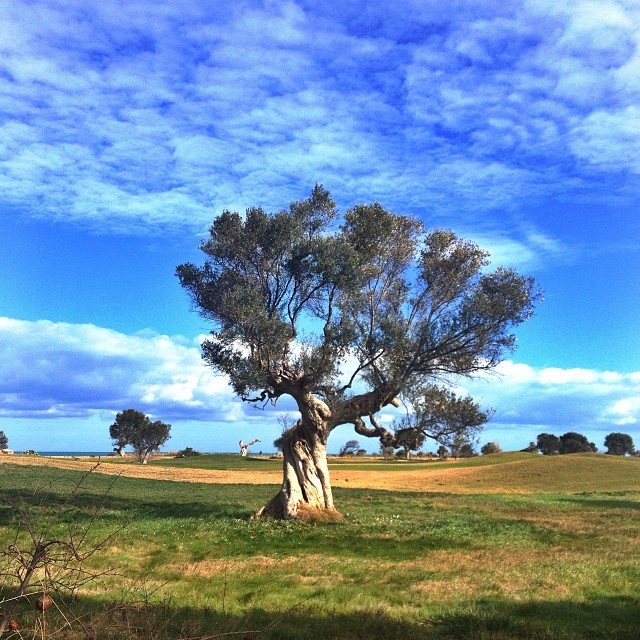 Getting to Know Monopoli

Leaving the countryside behind, we continued our journey to visit the seaside town of Monopoli.

Monopoli (Monòpolis in Greek) is a small city gracing the Adriatic coast. Like nearby Brindisi, Monopoli has been a vital port city since ancient times and connected to Rome through an important road called Via Traiana.

It was ruled by Byzantines, Normans, Hohenstaufen and eventually by Venetians in 1484. Under their reign, the economy boomed and subsequently attracted an onslaught of attacks from Muslim pirates. The constant threat forced the city to erect strong fortifications, which can still be seen today as you walk around the old port area.

Later the city fell under Spanish rule and eventually became part of Italy in 1860.

The Old Port in Monopoli

Maybe it was the traditional fishing boats, remnants of castle walls with medieval cannons tucked into their crevices or the wide blue expanse of the Adriatic Sea that all made me fall in love with this town. 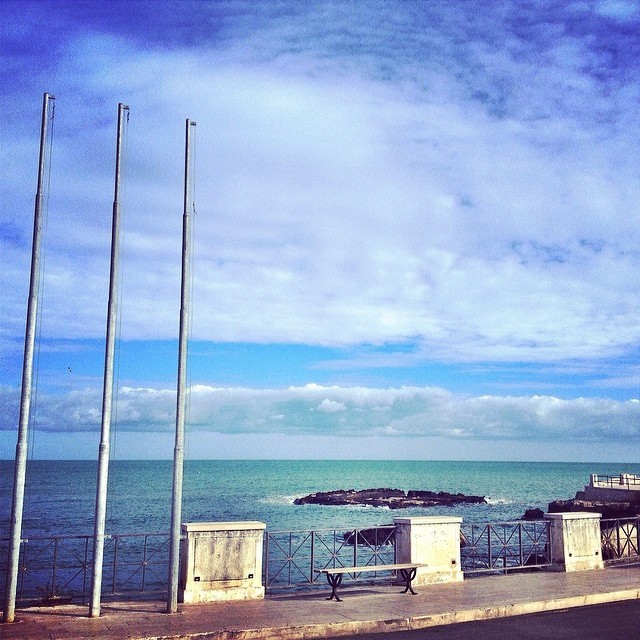 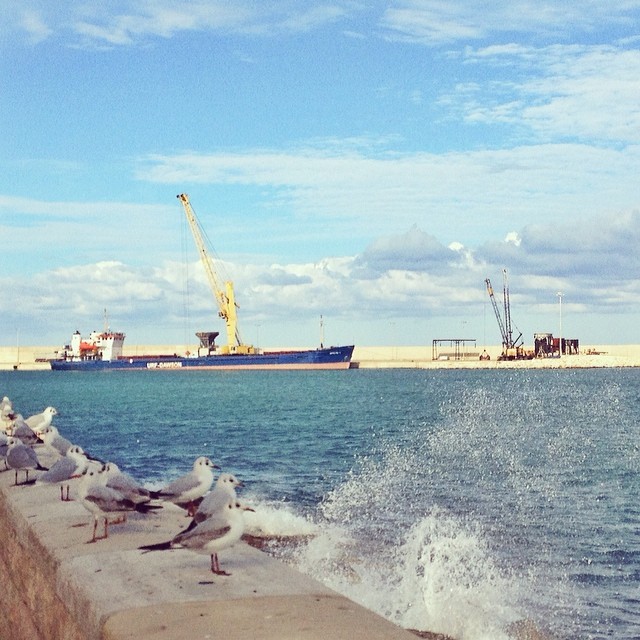 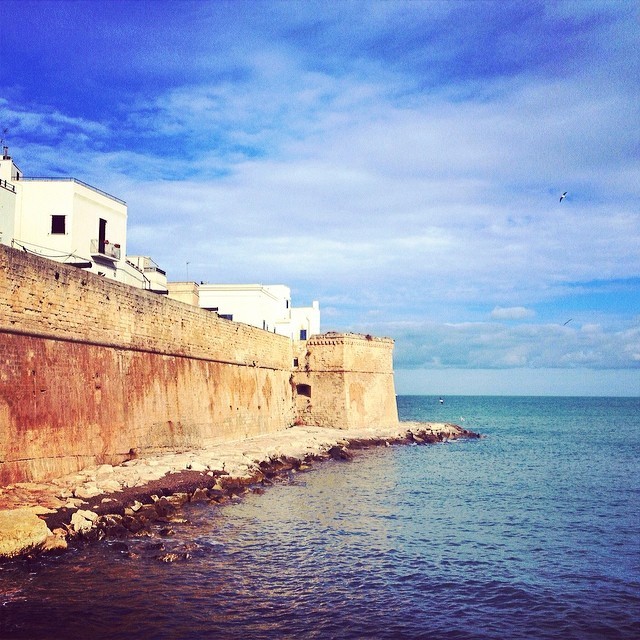 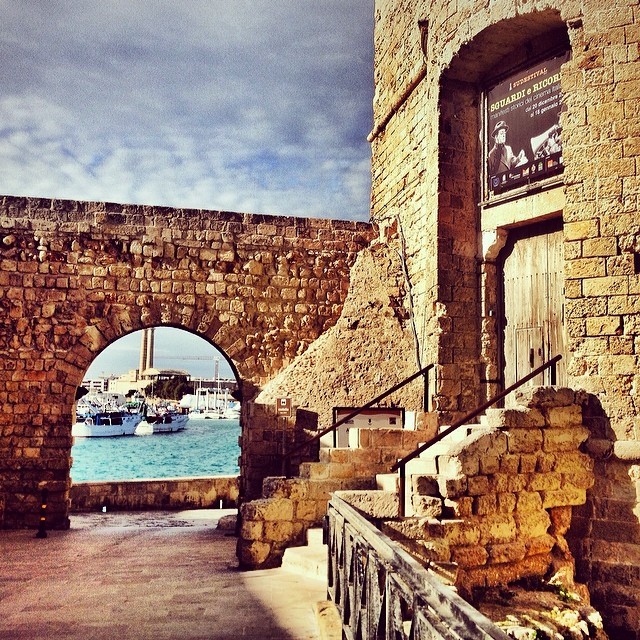 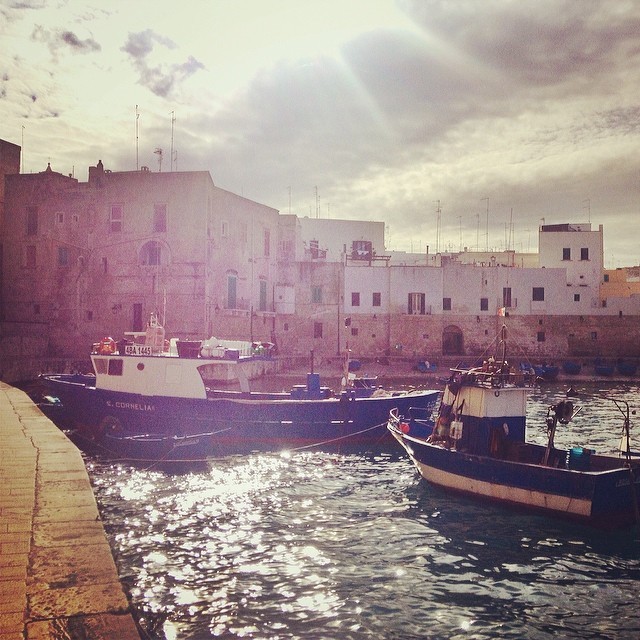 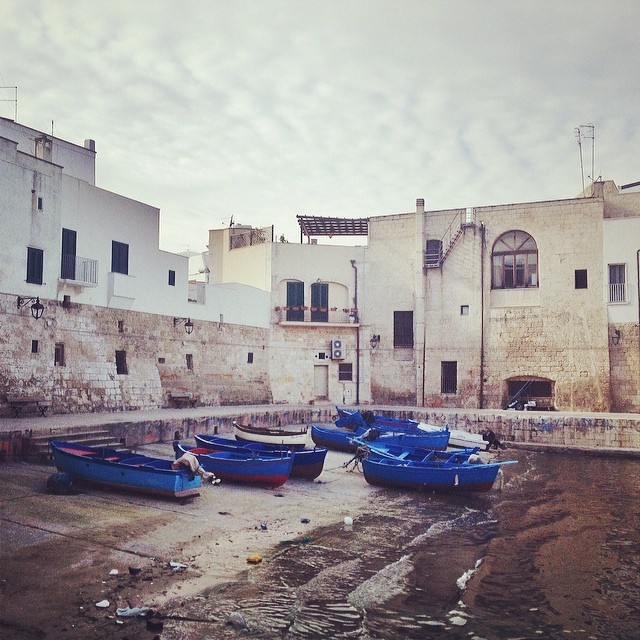 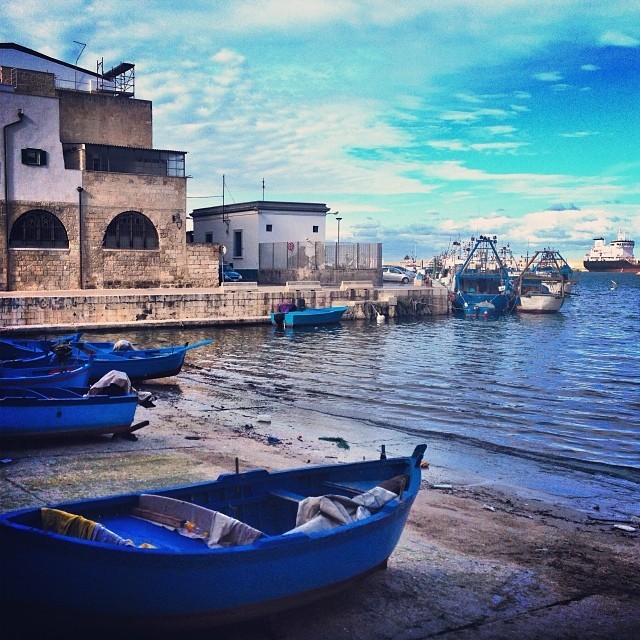 The Streets of Monopoli

This is where the Greek influence on the town is the most obvious, through the whitewashed buildings and playful splashes of bright blue paint.

I haven’t been to Greece just yet, but this is what I imagine the streets of a small Greek town to be like … 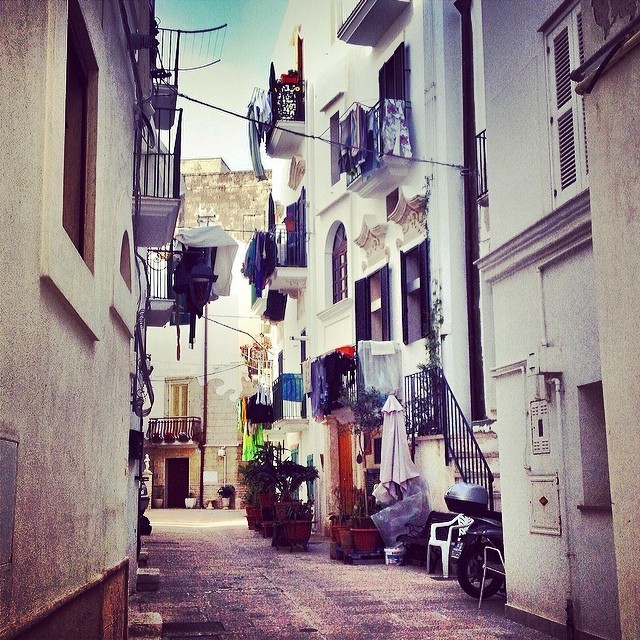 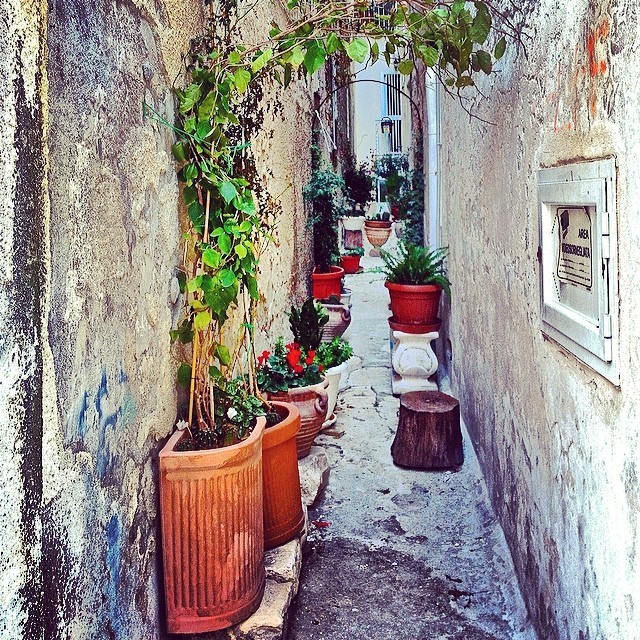 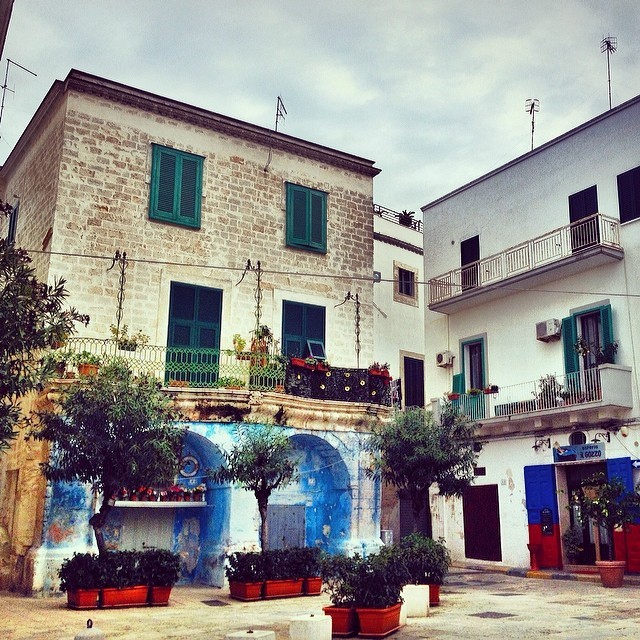 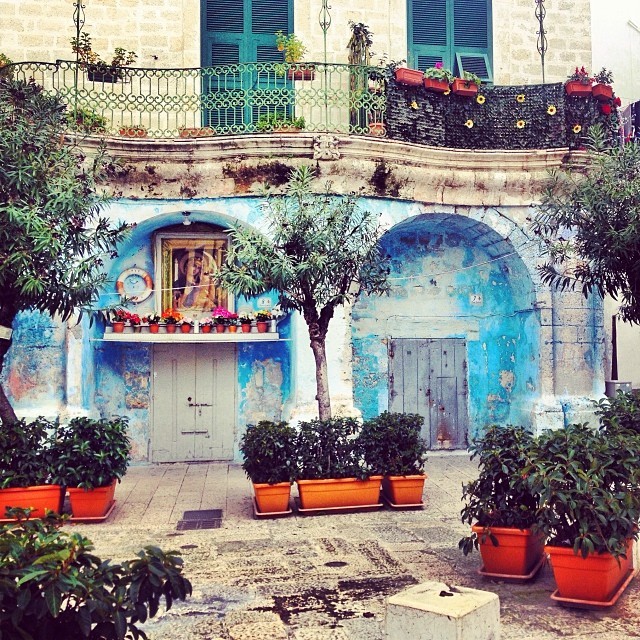 The folks in Italy are religious, made evident by the sheer number of churches all within close proximity to one another. 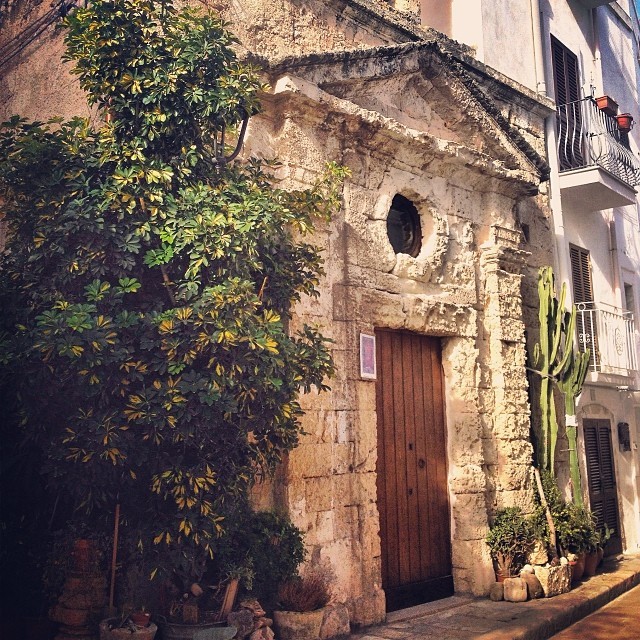 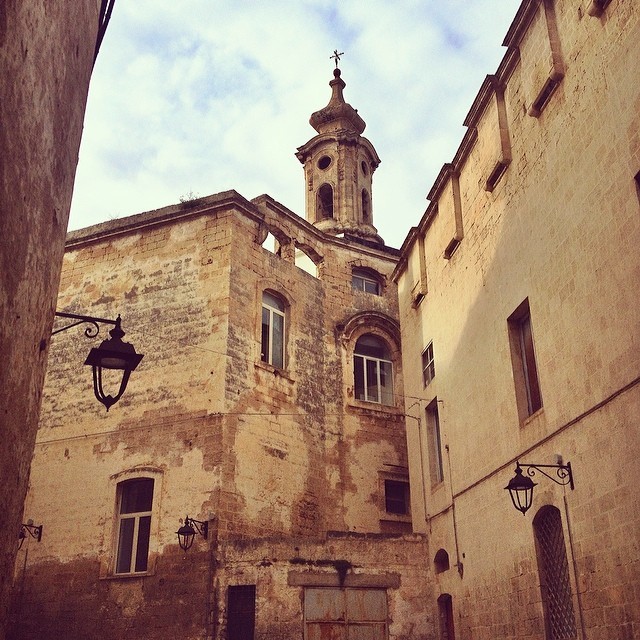 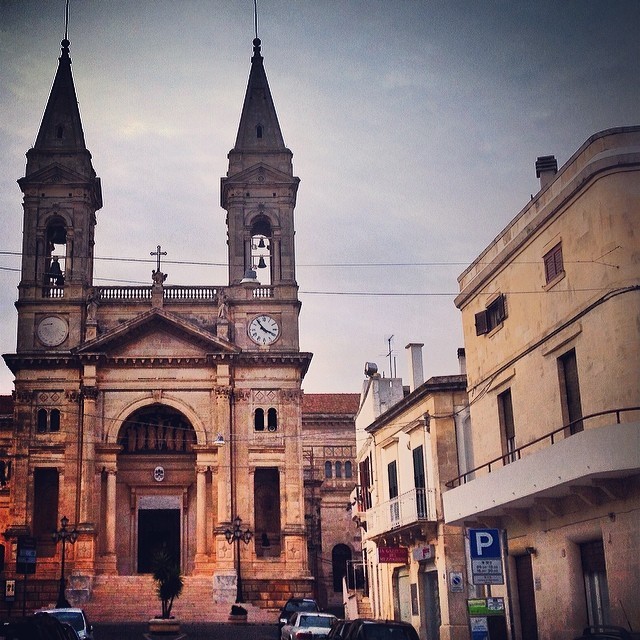 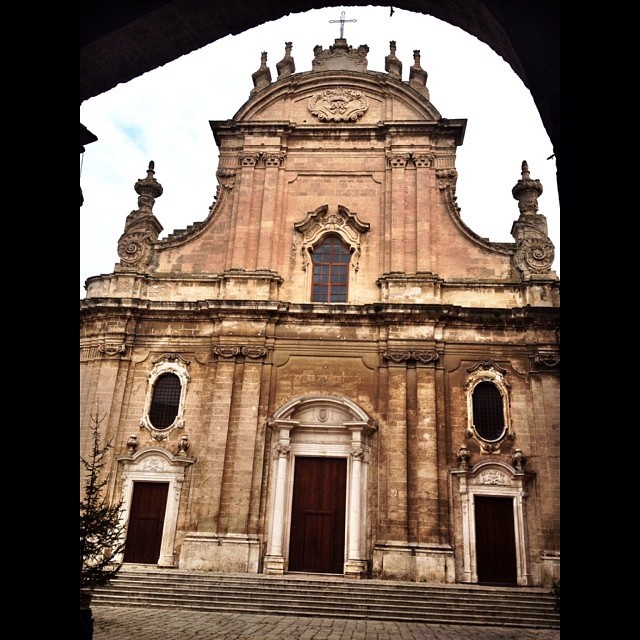 It was a local tour company, Southern Visions, that provided me with this warm introduction to both Puglia and Monopoli. My day with them was an unforgettable one and left a long-lasting impression on me. I know for sure that I’ll be back to experience even more of this region someday because of them.

Southern Visions specializes in immersive culture journeys that connect you with Italy on a deeper, more personal level, be it through one of their cooking programs or cycling adventures. If desired, they’ll even customize an itinerary based on your specific preferences.

My Instagram photos of Monopoli only offer a small peak of what there is to experience in Puglia. Visit the Southern Visions website to learn more.

* Disclosure – My time in Monopoli was complimentary, courtesy of Southern Visions. Any opinions expressed about my love for seaside towns and their old port areas are entirely my own.