What It’s Like Getting Naked At A German Spa 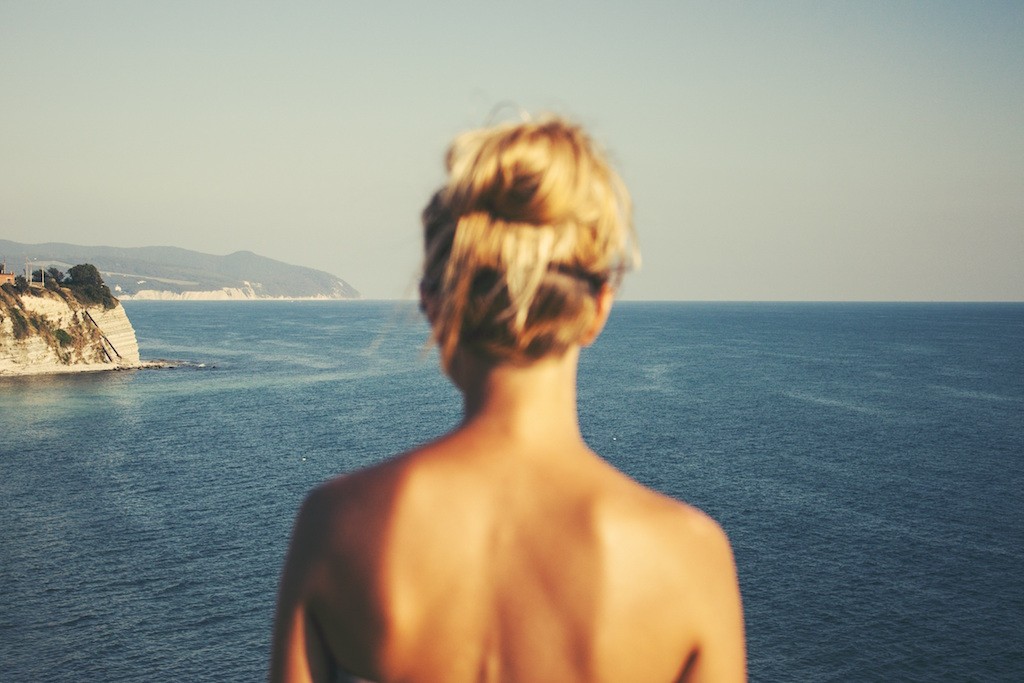 What It’s Like Getting Naked At A German Spa – Estimated reading time: 7 minutes

When I planned my first move to Berlin in 2011, I already knew that one of the essential items I wanted to scratch off my living in Germany bucket list was to go about getting naked at a German spa.

I dreamed of feeling that freedom and absolute joy that comes with walking around naked in public. I imagined myself strutting with purpose, with complete confidence, as if my “birthday suit” it were completely normal. I wanted to banish my Canadian prudishness and embrace the carefree European lifestyle.

But the narrow minded spirit that comes from being raised in a straight-laced religious Christian household is hard to dispel overnight. Being naked in public for the very first time wasn’t going to be easy – imagining something in your head is way different than actually doing it in real life. It was imperative that to get fully immersion right away if it was really going to happen. I needed to push myself into a campaign of complete and total nakedness.

Getting Naked At A German Spa

I remember the very first time I went naked at a German spa as clearly as if it happened yesterday.

I was invited by a Canadian friend to Kristall-Saunatherme Ludwigsfelde, a spa facility not far from Berlin. This particular spa is almost like hanging out at a nudist colony, as people don’t just remove their clothing when they enter the sauna but in the changing area when they first enter the building. While you can also rent a robe, many spend the day swimming, eating, drinking, and walking around completely naked.

As we took the regional train out to Ludwigsfelde, I was paralyzed by fear and started to rethink my decision to get naked at a German spa. My heart was beating fast and I felt faint. I wasn’t sure if I could go through with my planned mission.

My friend was very supportive and talked me through the entire experience, telling me what to expect, and explaining sauna etiquette, such as not to place your bare buttocks on a bench. She said, doing so will bring on the wrath of angry Germans! She also told me about how spa attendants enter the sauna from time to time, place aromatic oil on the heater, and whip a wet towel in front of you to distribute heat more evenly. I rather wickedly wondered if this person’s official title was “towel whipper” and if they have business cards.

I asked her if it the place was really just a massive swingers club and if the “spa” was simply a pretense, like the ones that dot the airport strip back home in Toronto where men receive “happy endings” and not massages. She laughed but I’d only been half joking with my question, I’d heard stories about Germany long before moving here.

Seeing A Lot Of Naked People In The Change Room

The real fun started in the unisex change room, a first for me as I was always used to separated change rooms, one for men and one for women. At this German spa, everyone was together, all freely walking around naked. At first, I felt a peculiar mixture of fascination and horror. You’re not supposed to stare, but in the beginning, I just couldn’t stop staring as I’d never seen so much flesh at one time.

There were small private stalls available where you can get changed in privacy, but there wasn’t really any point in using them, as soon enough, everyone would all you have to offer. Alas, as my prudishness hadn’t yet been conquered, I naturally rented a robe and changed in a stall.

Shortly afterward, my friend and I headed to the pool area to grab a lounge chair and relax.

Being Naked in Front of Others

It was finally time for the “big reveal” — it was time for me to go about getting naked at a German spa.

My friend casually tossed off her robe and like a boss, walked confidently down to the pool, inviting me to follow. I stood back at our lounge chair and fended off another minor panic attack. With slow practiced breaths, I calmed myself down. I removed my robe and waited for lightening to strike or people to point and laugh. I thought I’d blind others with my pasty white body. I looked around to see if people were staring at me and of course, no one was, as no one cared. I was naked, just like everyone else, and it was totally normal.

After recovering from the initial shock of being naked in public, I ran as fast as I could to the pool. My friend, clearly amused at my bashful behaviour, said that running was perhaps not the “best” idea if I didn’t want to attract attention to myself. It’d been a bit of a Baywatch moment!

While pretending the water hid my nudity, I looked around the spa. There were two large heated pools, a waterfall, swim-up bar, and an outdoor pool. You could actually swim from indoors to outdoors to enjoy a naked afternoon under the sun. In addition to a hammam room and a steam sauna, there were also about 10 – 15 different dry saunas with various temperatures. You could even plan your sauna times according to when the towel whippers come in to perform their rituals.

As it was a nice day, we decided to head outside. I’d never thought in a million years that I’d be swimming and walking around outside naked, but there I was naked in Germany, embracing that carefree European lifestyle the way I’d so desired.

Under the sun, we chatted about how I was feeling. I couldn’t stop laughing and crossing my arms over my chest in a futile effort to hide my breasts. It struck me as funny that in all the years we’d known each other, we’d never seen one another naked.

Being Comfortable with Nudity

As the hours passed, the awkwardness of getting naked at a German spa eased, and I began to feel way more confident and relaxed. I also still couldn’t stop staring, a definite faux pas at any German spa. You have to be rather discrete if you plan on staring at the other naked people.

I learned a lot about myself that day. I found that I was capable of getting naked and being absolutely comfortable doing so. I saw how being naked in a sauna or spa isn’t such a big deal. I felt proud to have overcome my fears and accomplish my rather bizarre personal mission.

Since then, I now get naked in spas and saunas on a regular basis without a care in the world. Vabali Spa in Berlin remains one of my favourite places.

Reactions to my Nude Escapades

The reactions from others when I told them about my day at the spa were varied.

My German friends expressed amusement at how enthusiastic I was about my German spa experience. Some even told me that they wouldn’t be brave enough do what I did. Seriously, I was more open to getting naked than a native German?

Canadian friends weren’t so kind. One said that moving to Europe had made me “fucking weird” and we never spoke again. Others said that while they admired my courage, they would never get naked in public themselves.

Men asked me if guys in the spa were were walking around with erections because of all the beautiful women. They said they would never go naked because they feared walking around in an aroused state all day. I destroyed their fantasies by telling them German saunas are not at all sexual and that often, families and colleagues enjoy the German spa together.

How about you? Could you go about getting naked at a German spa?

1) If you need a place to stay while you’re visiting Berlin, check your options with booking.com.

2) Make your time in Berlin memorable and go on a guided tour experience.