A Day Trip From Berlin To Visit Schwerin Germany 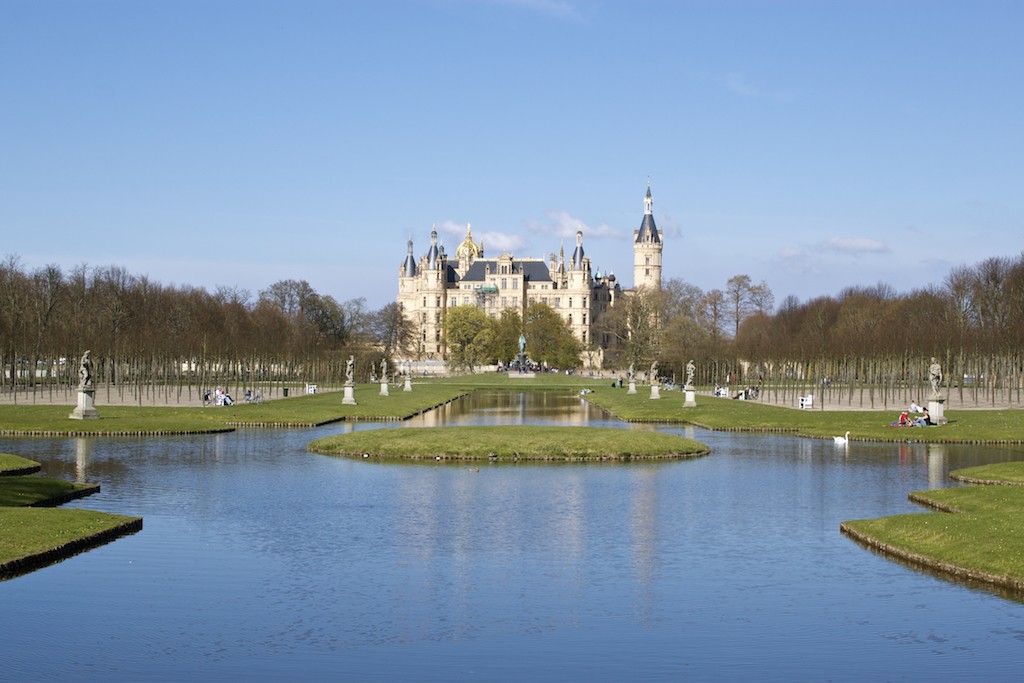 I’ve living in Germany for the better part of the decade and whenever I travel, I tend to jet off to other places around Europe, spending time in places like Burano, Brno, and Budapest. In recent years, I’ve spent time trying to correct that by going on various day trips from Berlin.

With that intention mind, one weekend I embarked on a solo day trip by jumping on a train to visit Schwerin. As usual, I spent the day walking through the city and of course, taking lots of photos.

A Day Trip From Berlin To Visit Schwerin Germany 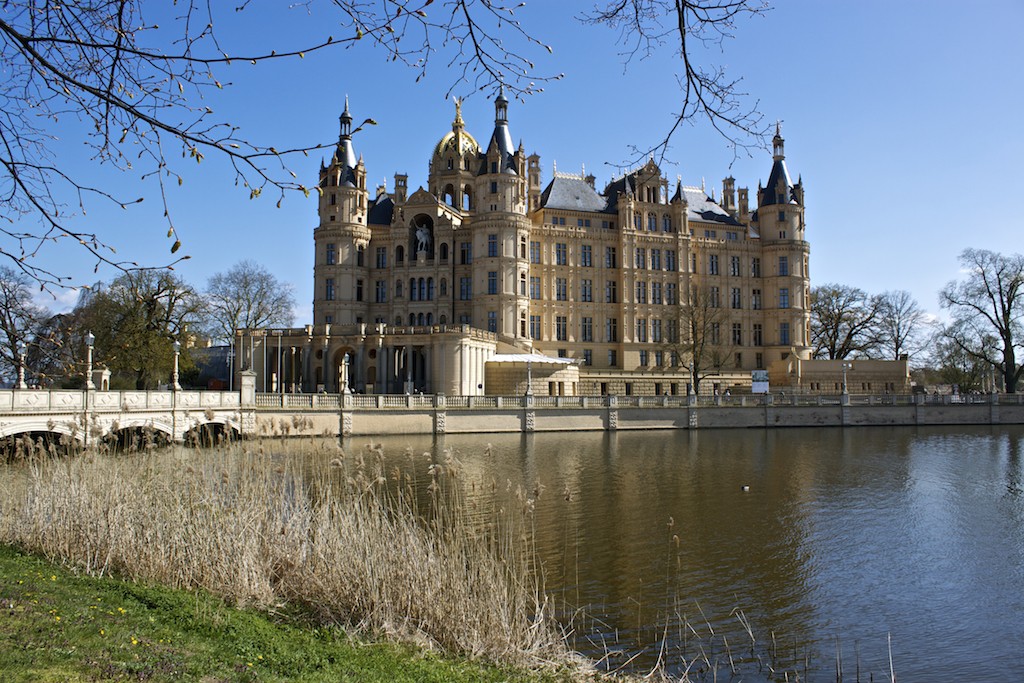 Schwerin is a small city, northwest of Berlin, just over a 2-hour train ride away from the German capital. With a population of about 90,000, Schwerin is best known for its many lakes, historic old town that was left largely untouched during WWII, and the romantic Schwerin Palace, nicknamed the “Neuschwanstein of the North.”

Schwerin had me at the mere mention of a castle. The thought of spending the day exploring the massive complex and its surrounding garden and park was all too appealing.

Recommended reading: For travel tips on other destinations in Germany, read An Afternoon Walk Through the City: Frankfurt Photos or this post about things to do in Hannover.

Schwerin goes out of its way to impress you from the moment you arrive. As you exit the main train station, you’ll see a fountain called Rettung in Seenot meaning “rescue at sea,” which was built in 1910. The station itself was built in 1891 in a Gründerzeit style, common to the time as Germany was experiencing a period of healthy economic bounty.

As I made my way toward Schwerin Palace, I came across the Pfaffenteich, a serene pond filled with swans and surrounded by some of the city’s most beautiful architecture. I spent at least 30 minutes sitting beside the pond, simply enjoying the moment.

Another reason to visit Schwerin? As I continued my walk, I couldn’t get over how different Schwerin was from Berlin. Everything was just soooo pretty, almost a little too perfect! It’s quiet, clean, and picturesque and hard not to take even more Schwerin photos.

If there’s a place to people watch in Schwerin, it’s Market Square at the center of the Old Town. Filled with stalls selling food and everything you can imagine like olive oil, hats, clothing and children’s toys.

The square is proudly guarded by a statue of Henry the Lion, who was a duke of Saxony and one of the most powerful princes in German history, ruling over territory stretching from the Baltic Sea down to the Alps. Created by sculptor Peter Lenk, the column on which the lion sits depicts scenes from his reign. One of the more curious scenes features several people’s pants pulled down to reveal their buttocks, in what came to be known as the “bottom parade.” It seems that when Henry arrived to conquer the town of Bardowick, its residents mooned him in order to show their contempt!

Behind the weird and offbeat lion statue is the former market hall, crowned with 14 Doric columns, which now houses Café Rothe. It was here that I stopped for lunch and had one of my favourite German drinks, the Hugo, a mixture of prosecco, elderflower syrup and mint leaves.

Later in the day, I stopped by a stall to try Schmalzkuchen, which is basically the German equivalent to a donut. It’s deep-fried dough, served warm and sprinkled with powdered sugar. Not exactly a healthy eating choice, and I was glad to have walked several kilometres that day and climbed 117 metres up the winding stairs of the nearby cathedral steeple.

After lunch, it was time to check out the stunning Schwerin Cathedral, constructed throughout 1260–1416 in a Brick Gothic style. As the oldest building in the entire city, this spot is favoured by tourists who visit Schwerin, and it’s easy to see why.

For €2, you can climb up that steeple for panoramic views of Schwerin (entry to the cathedral is free). I was excited to spy the palace off into the distance.

As I left the church, I quickened my pace as I was that eager to see the palace. For a girl from Toronto, a city of skyscrapers and an endless sea of soulless condominiums, such historic sites will always be a wonder. For this reason, living in Germany is a fairytale dream come true.

Schwerin Palace is considered to be one of the most important works of romantic historicism in Europe and is currently awaiting a UNESCO World Heritage Site designation. The palace actually sits on its very own island, surrounded by a lovely garden and park. It also currently serves as the state’s parliament.

As it was such a nice day, I opted to skip visiting the inside of the palace (my number one reason to visit Schwerin). Instead, I spent all my time outside starting with the palace’s grand park. Notable is an orangery overlooking the water, a conservatory restaurant and terrace café. There are also sculptures, fountains and even a grotto. The perfect setting to take tons of Schwerin photos.

I deemed it time to have another rest and spent a good hour sipping a cappuccino at the terrace café. Note, the terrace café at the palace is only open from May – October.

Walking away from the palace and park, you’ll enter the palace garden. Dotted with several canals, more statues, gazebos and other more modern touches, it’s yet another place where you can spend hours wandering when you visit Schwerin.

Saving the best view for last, I turned around and stared back at the palace off into the distance. It was a Disney moment.

What do you think these Schwerin photos? Have we missed anything good places to visit? Tell us about it in the comments section.

1) Fun fact – one of Schwerin’s sister cities is Milwaukee. Many former residents of Schwerin moved to the United States during the mid-1800s.

2) Schwerin’s just over two hours away from Berlin by car or train. You can travel there cheaply by a regional train – check the options.

3) Get a place to stay while you’re visiting Schwerin, Germany.

4) Experience Schwerin by going on a guided tour.

5) If you like travel in Germany, give some of these posts I wrote a read.

*Disclosure – This post contains some affiliate links. If you book a tour or hotel, I’ll earn a tiny commission at no extra cost to you. Thanks for your support